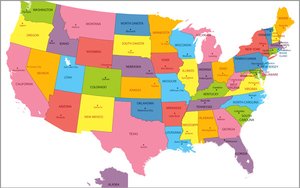 Email marketing professionals on the West Coast make more than their colleagues elsewhere in the United States, according to new data released by email marketing technology company Litmus.

West Coast email marketers earn the highest salary in the industry, according to Litmus’ 2016 State of Email Marketing Salaries & Jobs in the U.S., followed regionally by the Northeast, South and Midwest.

California is also the biggest market for new job openings according to the report, followed by New York, Florida, Massachusetts and Illinois. Email marketing and email design jobs had the largest number of job openings available, followed distantly by email coding and development, strategy and copywriting.

Litmus offers a suite of testing services for digital marketers, including optimizing emails to be read across any device, email client or application.

Litmus recently acquired Curated last month, adding the application’s content creation and management tools to its repertoire. Curated marked the company’s first post-funding acquisition, after raising 49 million in a Series A funding round in 2015.

The company also offers a Litmus Community Job Board specifically for the email industry. Litmus’ study was based on 257 US job postings on its site, as well as a poll of over 500 email marketing professionals in the Unites States.