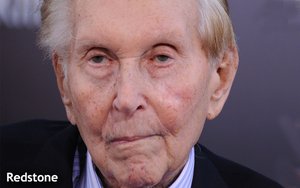 Amidst all the bickering and finger-pointing over the future of Viacom, investors believe it may now be a media company worth buying.

On Friday, its stock closed up strongly 4% to $44.24, and was up 10% in the last five days. In February, Viacom’s stock was trading at a low of $31.38. The latest upswing is partly due to the expanded deal with cable operator Cox Communications for carriage of Viacom networks, according to analysts.

Cox will carry 22 Viacom channels plus Epix (its joint venture with MGM and Lionsgate). Viacom owns such networks as Nickelodeon, MTV, Comedy Central and BET. Cox is the third-biggest cable TV operator in the U.S.

Viacom got a similar boost last month after a renewal deal for carriage of its channels with Dish Network.

Analysts also point to Viacom's cheap stock price -- relative to other media companies -- trading at around eight to nine times its earnings. Viacom stock is way down off its yearly high of $68.35 in May 27, 2015.

Shari Redstone, vice chair of both CBS and Viacom, has been widely reported to be the prime mover behind her father’s decision.