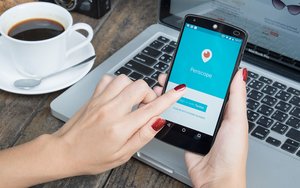 Periscope is encouraging users to report vile or inappropriate comments, which will now trigger what the live-streaming app calls a “flash jury” of other users watching the same stream. “Periscope will ask this flash jury, which consists of five other random users, if they also consider the comment abusive or offensive,” Recode reports. “If the majority agrees with you, the commenter will be placed in a one minute time-out with commenting disabled … Repeat offenders will be muted for good.”

Read the whole story at Re/code »

More from Around the Net In Social Media & Marketing
SPONSORED CONTENT