Is Google Speaking In A Pitch Marketers Don't Hear? 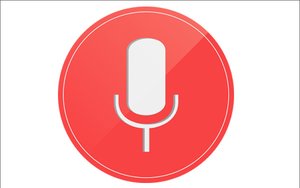 Next week Apple will hold its Worldwide Developers Conference (WWDC), where the company is rumored to release an updated AI platform across existing hardware and possibly new hardware similar to Google Home and Amazon Echo. This one from Apple could have a built-in camera that makes the technology "self-aware," similar to early versions of Microsoft Kinect. It would detect who is in the room, making it easier to serve up personal preferences.

AI puts Apple and marketers at a crossroads. Ryan Sullivan, SVP of performance services at Performics, told Search Marketing Daily that brands want to know how voice search and AI change optimization strategies and how to optimize for longer-form, conversational queries.

Data from Fluent released Tuesday around consumer perceptions on current and prospective Apple initiatives ahead of WWDC suggests that slightly more than 50% of those surveyed would give up a little more privacy to have a better experience with across smarter Apple apps, said Jordan Cohen, CMO of Fluent. Some 42% of iPhone users said they would be somewhat more likely to purchase the newest generation iPhone with a vastly improved Siri, Apple's virtual voice assistant.

Using voice rather than text to search isn't new, but rather the ability to have a conversation with technology supported by artificial intelligence. "Rather than saying 'pizza in Chicago,' I ask 'where's the best pizza in Chicago near me,'" he said. "The technology will answer back, 'do you want thin crust or deep dish?'"

The quality of the service or product and the recommendations rating becomes critical. The data structure and technology allow for national language processing and other nuances in voice search where Web pages of blue links no longer exist and all individuals searching for answers to questions like "where's the best pizza in Chicago near me" make exact ad targeting through the combination of recommendations and data more promising, but increasingly complicated.

What does this mean for marketers knowing they will no longer see a blue list of links, but rather the AI will determine what's best for the individual based on preferences and past searches?

"Using a voice assistant rather than looking through Yelp requires me to rely on Google to tell me what a 'Good" rating means," he said. "It's kind of scary."

Small businesses that have not done due diligence to help the AI make a judgement call on recommendations will have a difficult time, Sullivan said.

Using technical optimization guidelines from Schema.org is important, along with making sure directories such as Yelp or YP have the correct information. He suggests brands begin optimizing more for long-tail queries. It's no longer just a programmatic technique, he said. When someone asks a question using a natural language the brand's content has a better chance of becoming the answer.

Seamless takes on a new meaning with voice search, making it easier for consumers to use. It takes time for search engines to sort through the content and only a small sliver on what's on the Internet gets indexed. "Businesses cannot continue to kick the can down the road," Sullivan said. "They must do a better job of marking-up their content."

Its common knowledge consumers tend to abandon technology products as the journey becomes too complex or it doesn't meet their needs. In fact 89% of consumers will return a technology product within a week if it’s too difficult to setup or use regardless of the price, and nearly two-thirds will stop purchasing products from that brand altogether, according to a study titled Customer Effort And The Direct Impact On Brand Relationship published by Support.com.