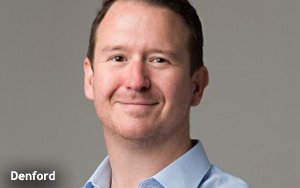 Last week the ANA issued its controversial report on media buying practices put together by investigative firm K2 Intelligence. And the ANA is expected to issue a follow up report with guidelines and recommendations authored by Ebiquity by the end of the month.

But now, in response to demand from its own clients in the wake of the K2 report, media and marketing consultant ID Comms has released some advice of its own about steps advertisers should take to optimize effectiveness of its media expenditure. It’s currently working on the Ikea global media pitch. Last year it advised Johnson & Johnson and it’s also worked with Virgin Atlantic, AB InBev and Eurostar.

ID Comms says its recommendations—compiled in the form of what it calls a “manifesto for change’--are designed to help media directors “react in a structured way to the K2 Intelligence report.”

The K2 report, the consultant said, should be used by all advertisers “as a catalyst to rethink their approach to media.” ID has given a lot of thought to the issue. In fact they were one of the companies that the ANA considered to help create the reports before it decided to hire K2 and Equity.

“The steps outlined are designed to ensure marketers make a strategic response to the kinds of practices identified by K2 Intelligence, reduce that risk and move their media performance to a higher level,” ID stated.

Next (August - October) Take action to protect or improve your position.

“Brands around the world need to respond to what’s been identified by K2 Intelligence,” stated Tom Denford, Chief Startegy Officer at ID Comms. “Making more of media means taking greater control of this huge area of spend; that means getting governance right and boosting internal media expertise. Those that take the six steps outlined will be much better positioned to work closely with their chosen media agency and maximize the effectiveness of media as a way to drive real business KPIs. They will also be better placed to reward their agency when their work contributes to revenue and sales.”