Check Your Email -- You May Have Free Concert Tickets 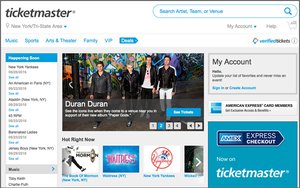 If you bought an online ticket from Ticketmaster between 1999 and 2013 and you live in the United States, you may be eligible for free event tickets.

Online ticketing service Ticketmaster notified customers over the weekend via email that the company will offer free tickets and discount vouchers as part of a lawsuit settlement.

The lawsuit, Curt Schlesinger and Peter Lo Re v. Ticketmaster, was first filed on June 17, 2013 in Los Angeles, CA as the plaintiffs accused the ticketing company of deceptive fees and overcharging customers between October 21, 1999 and February 27, 2013.

The $400 million dollar class-action lawsuit was settled last month and Ticketmaster is paying off its debt with free tickets and discounts to events. Up to 50 million Ticketmaster customers are estimated to be eligible to receive tickets even though the ticketing service, a part of Live Nation, is still disputing the lawsuit claims.

Finally, customers should also receive a ticket code for two free tickets for every transaction made between 1999 and 2013. Ticketmaster has confirmed that the free tickets will only be available for a list of pre-designated Live Nation events, although that list is currently to be determined.

Ticketmaster customers can also check their online account to see if they have received vouchers for free tickets, and an email list subscription has been set up to notify customers when new events become available that can be purchased with Ticketmaster’s vouchers.