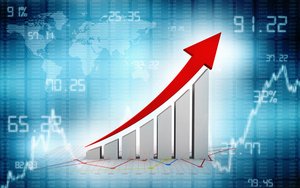 In May, TV scatter spending slowed down a bit from its strong double-digit percentage pace in earlier periods, while U.S. media advertising witnessed an 8% hike.

For the broadcast-season year so far, national TV scatter spending is up 16% -- which for many means healthy pricing and/or volume results for the rest of the upfront market.

“Off the back of May’s strong results, we expect the networks to deliver very healthy upfront increases in the coming weeks,” stated James Fennessy, chief executive officer of SMI.

He adds that strong scatter “proves that advertisers are moving money back to TV after some experimentation in digital last year, which didn’t drive the results brands were hoping for.”

Upfront spending for May (placed a year ago) witnessed a 2% increase -- with cable networks growing 10% and broadcast networks dipping 1%.

Overall, TV revenues for May rose 4%. This includes national TV networks, spot TV, syndication, and local cable advertising sales. For broadcast-year TV revenues so far, TV revenues are up 5% versus the same time period in 2015.

While digital media continues to be strong generally -- up 15% in May -- some weak spots appeared. Pure-play search platforms witnessed a 10% decline. In addition, TV network-owned digital results were down 3%.

But drilling down, digital video remained strong -- with pure-play digital video platforms seeing a 55% rise in ad revenues. Social media grew 44% and pure-play radio was up 23%; with ad network/ad exchange revenues adding on 28% in the month.

SMI tallies 70% of total U.S. media spending from the booking systems of the major media holding groups, as well as media independents.