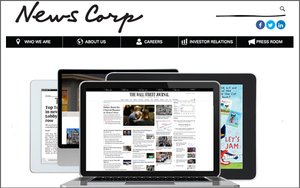 According to a report from The Guardian, News UK, which publishes The Sun and The Times of London, made the announcement at the annual advertising and media festival Cannes Lions in the French Riviera.

News Corp. said its multimillion-pound investment will support thousands of original online videos a year produced for the Sun and Times Web sites.

Videos will include pre-recorded pieces for advertisers and more than 100 live streams a month using Facebook Live, according to The Guardian.

The company unveiled deals with Doritos, supermarket Morrisons and Call of Duty and Warcraft maker Activision Blizzard and said it plans to increase the amount of branded video it creates for advertisers.

“This is a significant moment in the UK news industry marking the point where video becomes one of our major output formats,” Derek Brown, head of video at News UK, told The Guardian.

Publishing giants are rushing to jump on the video bandwagon. tronc (formerly Tribune Publishing) chairman Michael Ferro wants to use artificial intelligence to produce 2,000 videos a day. And Time Inc. recently partnered with Wochit, a cloud-based video creation platform, to help reach its goal to create more than 40,000 pieces of video content in 2016.