Small But Growing: Addressable TV Ads To Double In 2016 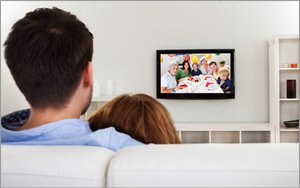 Although addressable TV advertising deals -- household-targeted TV advertising -- are set to double in 2016, those deals will continue to represent a tiny share of the overall TV spending for some years to come.

The research study says addressable TV ads comes via cable and satellite home set-top boxes and video-on-demand platforms. It does not include connected TV, smart TV or over-the-top TV platforms.

Overall, there are some 49.8 million addressable TV homes, according to a survey that Starcom MediaVest Group did last month, per eMarketer.

With around 100 million pay TV homes in the U.S., eMarketer estimates that half of all U.S. pay TV homes can now be reached with addressable TV ads.

When looking at the footprint for video-on-demand/TV Everywhere apps, Comcast has 16 million and Time Warner Cable 8.9 million.