Millennials Fear Aging, So They Live With Parents 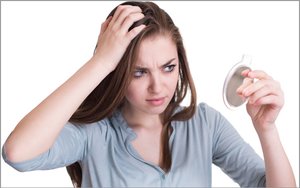 Millennials are afraid of getting older, which is part of the reason so many of them tend to live with their parents.

Millennials' battle against Father Time may be among the factors contributing to so many moving back in with their parents after college. In fact, half (51%) of Millennials, dubbed the "boomerang generation," have lived at home as an adult, compared to one-third (34%) of Gen X.

However, they are aware of the dysfunction, with 46% of Millennials agreeing that they rely on their parents too much and two-thirds (66%) who feel that they should be doing more to prepare for the future but don't know how, while half (52%) don't feel as grown-up as their peers.

Marketers beware: despite 53% of Millennials agreeing that they see themselves in the people portrayed in advertisements, an equal amount are sick of hearing about their generation.

“We’ve seen many signs of Millennials delaying adulthood including living at home longer than previous generations and getting married and having kids later in life,” says Dana Macke, Mintel senior lifestyles and leisure analyst.

Their financial situations play a role here, but some of these decisions may also be driven by a fear of taking on the responsibilities of adulthood, she says.

“Millennials are a generation driven by passion and at this stage in their lives they are more interested in seeking out new experiences than pursuing the traditional American dream of buying a home and settling down,” Macke tells Marketing Daily. “Millennials may have a fear of looking back on life with regrets, rather than a fear of aging itself.”

It isn’t surprising that Millennials are sick of hearing about their generation; there is a lot of buzz about Millennials and people want to be seen as more than just a label, she says.

“They also may feel that their generation isn’t perceived in a positive light and as individuals,” Macke says. “Millennials don’t think they represent the ‘typical’ member of this group. There is a disconnect between how Millennials see themselves, and how they see others of their generation. Millennials are likely to describe others in this group as trendy or tech obsessed, even though they describe themselves as responsible and realistic.”

Marketers are exploring Millennials’ desire to live life to the fullest — and tapping into a deep-seated “fear of missing out” — by emphasizing the experiential nature of their products and services.

“A good example is the Groupon ‘Own the Experience’ campaign, contrasting the ‘Haves’ (almost exclusively portrayed in the TV spot as older people) and the ‘Have-Dones’ (portrayed as young and diverse),” Macke says.

Half of Millennials agree that they like to keep up with trends, whether it be trends in technology (53%) or popular movies/TV shows (50%), while two in five (38%) follow social media trends. Mintel research indicates that Millennial parents are the trendiest, as 57% stay up to date with technology trends. Despite their draw to the latest and greatest, two-thirds (67%) of Millennials admit they spend too much time “connected” to devices and accessing media.