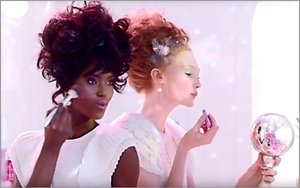 Ask most retailers why some well-known brands such as Ulta and Zara  are flourishing, and others — like Aeropostale and Sports Authority -- are going broke, and they’ll likely say it comes down to e-commerce versus brick-and-mortar stores. And they’ll probably also blame the domination of big brands, such as Amazon and Walmart.

But a new study from Deloitte shows that the industry’s astonishing rise in volatility — up 250% since 2010, with $200 billion up for grabs—has little to do with channels, and everything to do with fragmentation.

“We call it death by a thousand paper cuts,” says Kasey Lobaugh, a principal at Deloitte and its chief retail innovation officer. “For the past 100 years, we’ve seen this path of consolidation. But since 2009, we’ve been on a path of fragmentation, and these smaller, more nimble retailers have entered the market. The conventional wisdom — that e-commerce is hurting retailers and that big brands are overpowering smaller ones — just didn’t stand up to our analysis.”

Stores have not been losing share to predictable competitors, but to these many newcomers, who can more easily enter the retail business.

It’s also important to point out that plenty of big brick-and-mortar retailers are already winning at e-commerce, with 16 of the top 25 reporting robust sales growth. Between 2010 and 2015, Deloitte says, this group increased e-commerce sales nearly 21%, compared with 15% growth in the overall market. “So these companies are taking share from other e-commerce companies,” he tells Marketing Daily.

He says the research grew out of an effort to measure disruption. “It’s such a buzzword these days, and it’s over used. We wanted to see if we could measure this disruption, and so we came up with the volatility index.”

It revealed that focusing on either e-commerce or physical sales is less important than aligning the retailers’ strategy and value proposition with the right channels. And while the research doesn’t call out specific brands, he says it did reveal a sure pattern for losing: “Are you cheapest, fastest and easiest? If so, your margins are under incredible pressures.”

Those who are winning, he says, “compete on experience and exclusivity of product.” Those that did so have the highest compound annual revenue growth rate in the survey, and better profit margins, “substantially beating the broader market.”