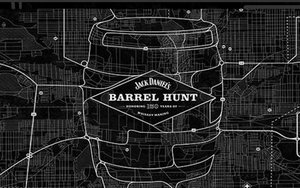 As part of its 150th anniversary celebrations, on July 1, Jack Daniel’s Tennessee Whiskey will launch a global hunt designed to unite “Friends of Jack” across the world.

The campaign, created with Arnold Worldwide, will have fans searching for 150 authentic, handcrafted whiskey barrels in more than 50 countries over three months. The barrels have been hidden at historic and cultural sites in the countries.

The hunt will kick off at the Jack Daniel’s distillery in Lynchburg, Tenn.

Jack Daniel's will publish several clues, tied to the history of the region, each day on its Facebook local market pages, and on a barrel hunt microsite that will aggregate global activity.

In each location, the first person to solve the clues, find the barrel and give the barrel password will take home the barrel, a one-of-a-kind bar kit, and prizes tailored to each region.

Updates and results will be shared as barrels are found around the world and prizes are claimed in each region.

The barrel is key to crafting Jack Daniel’s, accounting for 100% of its color and 70% to 80% of its flavor, according to Jack Daniel's master distiller Jeff Arnett, noting that the hunt “celebrates the distillery’s history and gives fans a chance to own a barrel and be forever linked to Jack Daniel’s.”