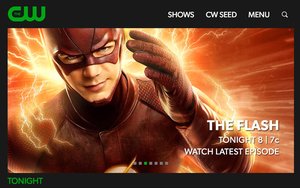 The CW has been added to the list of networks that have completed strong upfront deal-making. Major entertainment cable networks are also close to finishing.

The network has posted double-digit volume increases versus a year ago and low double-digit percentage -- 11% to 12% -- hikes in the cost per thousand viewers (CPMs), according to media executives.

With a strong 80% sellout of its inventory, estimates are that CW posted close to $500 million in total upfront dollar activity.

As with other networks, CW has transitioned to more C7 from C3 guaranteed deals -- the average commercial minute ratings plus seven (or three) days of time-shifted viewing. A CW spokesperson had no comment.

Now, with CBS and NBC pretty much done, ABC and Fox are almost finished with upfront deal marking. Media executives now believe ABC has been grabbing 8% to 9.5% price gains, with Fox around 7.5% to 9%.

It's important to put Fox's lower gains in perspective -- it commands the highest pricing for CPM 18-49 viewers of all networks -- given its top ratings performances. The net leads all networks in 18-49 ratings in previous years.

One media executive estimates that USA Network and Turner’s TNT and TBS have completed around 75% of their respective upfront deals. Like most of the broadcast networks, those leading entertainment cable networks grabbed 11% to 13% increases in the CPMs versus a year ago.