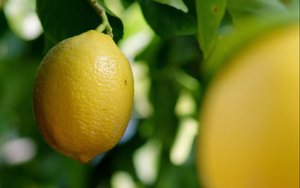 After 15 years away from traditional TV ads, Deloitte is asking business leaders and consumers to take another look at the brand.

“In the 15 years since we’ve last run television ads, Deloitte has evolved our business model in significant ways,” says Tom Marriott, leader, marketing and communications, Center of Excellence, at Deloitte. “For example, we’ve become a digital consulting agency, and built a world-class advisory business in areas like cyber security. We were looking for an opportunity to reintroduce ourselves to the broader business and talent communities.”

Deloitte used its U.S. Golf Association sponsorship and the recent U.S. Open golf tournament on Fox to unveil the re-brand and campaign in national spots.

“Given our sponsorship of the USGA, the U.S. Open weekend was the optimal launch pad to debut the new campaign,” Marriott tells Marketing Daily. “With the Fox Sports broadcast, the U.S. Open weekend gave us the opportunity to make a splash back into traditional TV ads, reintroducing our brand to the business community paired with another celebrated event.”

Both ad spots include the younger, more daring voice convincing the older, more experienced voice that good things are likely to happen when you think differently and look again, Marriott says.

“The ads themselves allowed us to highlight our unexpected depth and breadth of services,” he says. “Where businesses may have overlooked opportunities, given the pace of change in today’s business climate, Deloitte will look again and find them for you.”

“First, we are targeting business executives, encouraging them to expand their understanding of Deloitte and the many ways our professionals can help them address the challenges and opportunities presented by today’s business climate,” he says. “Second, we are targeting the talent that drives our business so that viewers understand that Deloitte is a place where they can begin their careers in an exciting, highly innovative environment.”

The ad campaign revolves around the transformation in how the company conducts business, he says.

“No longer are leading professional service organizations, such as Deloitte, solely offering auditing or consulting services,” Marriott says. “It’s beyond that into verticals such as innovation, analytics, and advertising.”