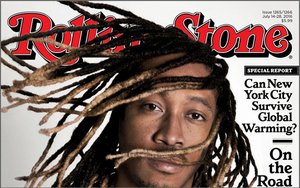 A federal judge has dismissed one of the lawsuits that Rolling Stone magazine, its publisher Wenner Media and journalist Sabrina Rubin Erdely are facing regarding an article about a gang rape at the University of Virginia, which has since been retracted.

The defamation lawsuit was filed by three former University of Virginia  Phi Kappa Psi fraternity members who claimed the article resulted in them being identified as the attackers in the alleged rape and damaged their reputations.

But on Tuesday, U.S. District Judge Kevin Castel in Manhattan said details in the November 2014 article were "too vague and remote" to cause readers to believe the graduates -- George Elias IV, Ross Fowler and Stephen Hadford -- had a role in the alleged rape.

"While the statements may portray Phi Kappa Psi in a negative light, they do not expressly or impliedly state that the fraternity required all initiates to participate in a rape, or impute any knowledge of such a requirement to the plaintiffs," Castel wrote. "They therefore fail to state a claim of small-group defamation."

"In the plaintiffs' own words, any 'apparent connection between the plaintiffs and the allegations is an (unfortunate) coincidence,'" Castel continued.

The article, titled "A Rape on Campus," sparked a national outcry regarding campus sexual assault, portraying a woman identified only as "Jackie" attending a fraternity party, where she was allegedly gang raped.

However, investigations by The Washington Post,  Columbia Journalism Reviewand the Charlottesville police into Rolling Stone’s article all contradicted the magazine’s account.

Last December, Publishers Daily reported on the original motion filed by Rolling Stone asking the court to throw out this defamation lawsuit because the article never referred to the three men by name or described them physically.

"No reasonable reader would understand from the article and the proffered extrinsic evidence that plaintiffs are identified as the perpetrators," Rolling Stone’s attorneys wrote.

On Tuesday, the judge agreed.

However, Rolling Stone faces two more lawsuits regarding the article, which raked in more than 2.7 million views before it was retracted.

University of Virginia associate dean of students Nicole Eramo claims she was portrayed as the “chief villain” in the article and filed a $7.5 million lawsuit last May.

In November, the Phi Kappa Psi chapter of the University of Virginia sued Rolling Stone for $25 million, claiming it made the fraternity and its members "the object of an avalanche of condemnation worldwide.”

The trial is scheduled to begin Oct. 23 in Virginia state court.

Wenner Media has yet to comment on this most recent lawsuit.
legal, magazines, women
Next story loading