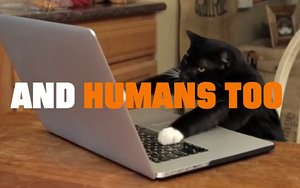 Last year, the Legacy Foundation and agency 72andSunny launched the #CATmageddon anti-smoking campaign based around research that finds cats and dogs are twice as likely to get cancer if their owner smokes.

The Legacy's truth campaign is entering its second phase by recruiting teens to sign a petition that the truth will send to Big Tobacco to convey how smoking kills pets.

Teens snap a photo of a pet peeing and share it online with the hashtag #PEEtition. This message may seem unusual, but teens are receptive to the campaign's earlier tactics.

Since its debut, more than 185 million people have seen the #CATmageddon and #FinishIt videos. Viewers who had seen #CATmaggedon were twice as likely to search “quit smoking” on that website or Google after viewing the ad, said the organization. And since truth and 72andSunny teamed up in 2014, the rate of teen smoking has dropped to 7%.

The Legacy Foundation spent $69 million on marketing and communications and $2.8 million on youth and community engagement in 2015, according to its financial report.