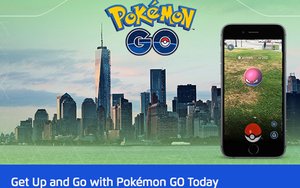 Pokémon Go, an augmented reality (AR), free-to-play, hide-and-seek mobile game that utilizes GPS, went live this past week and quickly jumped to the top of the download and revenue charts.

The sudden influx of users has also crashed the servers multiple times. But the app remains at the top of the US, Australia and New Zealand revenue and download charts.

Two days after its release, the app was already on more Android phones than Tinder.

More than 60% of those that have downloaded the app are using it daily. In terms of daily active users, the new app will likely surpass Twitter in the next few days.

Pokémon Go has also driven global users to bypass the official app store, driving traffic to apkmirror.com from 600,000 visits on July 5 to 4 million on July 6, according to Similarweb. Early data also shows users spending more time on the app than Whatsapp, Instagram, Snapchat and Messenger.

The success of the app has caused Nintendo’s stock to skyrocket 24.52% on Monday, adding $7.5 billion to the company’s market value.

Pokémon has a leg up on the competition with a built-in, somewhat rabid fanbase. And while the game isn’t the most sophisticated AR out there, it’s educating a huge swath of the mobile-using public in how such technology works, and opening doors for future efforts.

Getting gamers outside has also caused a number of near-tabloid level headlines to appear—like the girl that found a dead body in the river, or the group of boys that used the app to mug eager explorers.