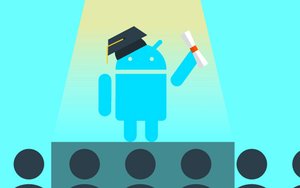 Google plans to train 2 million Android developers in India during the next three years, which begs the question as to whether the country will become the next outsourcing hub for advertising and mobile app product development.

The hundreds of millions of users waiting to come online in a mobile-first world create tremendous potential opportunities for India and for Google, which wants to create a skilled, global workforce in Android development.

On Monday, Google announced the launch of Android Skilling, a program to establish an end-to-end training, specific channels and certification that will certify that developers are proficient in Android development.

Companies like Google see India as a huge market for services and key resource for talent, everything from search advertising to cloud services to mobile app development.

Today, Google sees more than 11,500 students across India enrolling every month, per Google. Two weeks ago, the two launched Android Basics Nanodegree to provide developers with an end-to-end path without having to send all of our students to different places to learn the prerequisites.

The program will have input from various training partners, such as Edureka, Koenig, Manipal Global, Simplilearn, Udacity and UpGrad. Those training certify them in skills related to Android requirements, giving them the opportunity earn a job in the industry.

The move will help Google create a network of developers similar to the way other companies like Microsoft, Oracle, and IBM previously did to help build out their respective international presence, mostly in the IT and enterprise sectors.