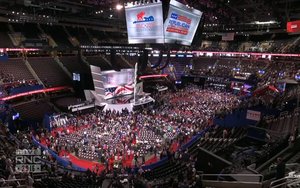 Google began rolling out a search feature Monday to help U.S. eligible voters learn how they can register per their state's respective requirements.

When individuals search for "register to vote" on Google, the search engine now displays detailed guidelines, voting requirements, and information on how to register online, by mail and in person.

Throughout the United States, the search phrase "How to sign up to vote?" spiked on Sunday during the past seven days, but add the word "where" and the searches have been pretty steady for the past week, according to Google Trends.

Google says that while information about voting is available on the Web, it can be tricky at best to understand the available options, or how to get started. States also have different deadlines and guidelines, which further complicates the process.

Those in the states of Wyoming, Hawaii and Kansas want to know "where to vote" or ""where do I register to vote," per Google Trends.

Voters also took to Google during the weekend to research "Who is Mike Pence," Donald Trump's vice-presidential running mate. Speculation late last week drove the searches from Friday through Saturday, per Google Trends.