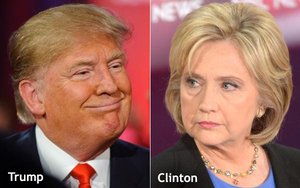 PopSugar Inc. is dipping into political news coverage in a collaboration with ABC Owned Television Stations.

PopSugar, a brand popular among Millennial women, will provide political convention coverage focusing on the “issues, candidates, and political influencers most relevant to young women,” according to a statement from the company.

While PopSugar’s content focuses mainly on entertainment, fashion and beauty, the brand hopes to expand into news coverage, using the political conventions as a launch pad. A spokesperson told Publishers Daily that daily election coverage is featured in PopSugar's News vertical in a "2016 Election" vertical hub.

“PopSugar has developed a strong connection with our audience around the issues they care about most — and right now, the upcoming conventions are top of mind, as they know the outcome of this election will have a great impact on their lives,” stated Lisa Sugar, PopSugar founder and president.

She added that combining ABC’s news reporting and resources will help keep PopSugar’s audiences informed on the conventions.

According to the statement, ABC’s station group reaches over 23% of all TV households and PopSugar reaches one in three Millennial women.

PopSugar isn’t the only digital video platform to see opportunity in collaborations for political convention coverage. Twitter will be live streaming CBS News coverage and BitTorrent will launch its news division with convention coverage, according to VideoInk.

PopSugar’s editorial managing director Annie Gabillet and news editor Lisette Mejia will be embedded with ABC Station news personnel at both the Republican and Democratic conventions. They will create their own reports, as well as curate ABC-reported stories for sharing on PopSugar.com and its social channels.

Gabillet and Mejia will also provide Millennial women’s insights for ABC Stations, which will also share selected PopSugar reporting across its broadcast and social channels.

This marks the second time the two companies have partnered. PopSugar and ABC Owned Television Stations collaborated on coverage for the 2016 Academy Awards live stream.