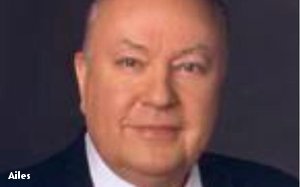 Fox News Channel's longtime chairman and CEO Roger Ailes will be removed -- perhaps as early as this week, according to a report in New York magazine.

The magazine says this comes after reviewing a sexual harassment investigation, stemming from a lawsuit filed by departing on-air host Gretchen Carlson, as well as a probe about Ailes’ controversial management style.

Fox is also considering making this announcement after the Republican National Convention concludes this week.

This is largely a result of increased interest in the presidential race this year, especially given Republican candidate Donald Trump's performance, say analysts. A Fox News representative did not respond to inquiries by press time.

Over the past year, iSpot.tv says the cable news network has pulled in $720.6 million in national TV advertising. In overall revenues, Fox News pulls in around $2.4 billion, according to sources.

Fox News Channel launched in 1996 with Ailes as its CEO.