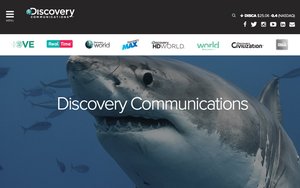 Media companies Discovery Communications and Walt Disney look to promising stock market upsides. Conversely, Viacom will be one of the weakest, according to one analyst.

Wieser believes Discovery provides big value versus current pricing for its networks -- something pay TV providers will want to keep.

He believes the decision of the U.K. to leave the European Union won’t amount to much for Discovery: “It’s unlikely to have more than several percentage points of deceleration for Discovery’s advertising business over the next couple of years.”

In the long run, Walt Disney will be the fast-growing media company. This will come from its success with theme parks and licensing of consumer products.

Right behind Disney in growth will be Time Warner and Fox, both of which have strong global pay TV businesses and more pricing leverage with global pay TV providers.

Viacom will be the slowest grower in the long term, due to its tougher future in continuing to reach younger audiences.

Wieser also says “CBS is constrained primarily by its domestic skew.” He believe it and Discovery, in the long-term, will have lower growth expectations. For Discovery, he says the company will be limited by its absence of “must-have” content.