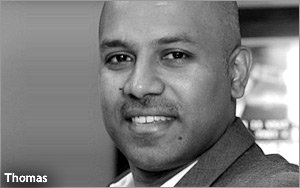 Social-media marketing firm Sprinklr just raised another $105 million at a valuation of $1.8 billion. The round -- which brings the company’s total funding to $239 million -- was led by Singapore-based investment firm Temasek.

Sprinklr most recently raised $46 million in April of 2015. At the time, the company was valued at just over $1 billion.

While social marketing might seem like a no-brainer, today, it was not always that way, according to Ragy Thomas, founder and CEO of Sprinklr.

“Sprinklr was founded in 2009 because we saw something most companies didn’t -- that social media was destined to become a disruptive force that would forever change business,” Thomas said on Wednesday.

“Today, more than half of the Fortune 50 and nine of the 10 most valuable global brands use Sprinklr’s platform,” Thomas added. Clients include GM, Virgin America, Samsung and Microsoft, Nike, McDonald’s, and P&G.

The new funds should help the social-media firm continue its aggressive acquisition strategy.

The fresh funding is also expected to support Sprinklr’s continued international expansion. Since the beginning of 2015, Sprinklr has expanded into Brazil, Japan, and the United Arab Emirates, while adding to its existing operations in the UK, France, Germany, India, and Canada.

Wellington Management Company LLP and EDBI, the corporate investment arm of the Singapore Economic Development Board, also participated in this latest round, as did Sprinklr’s existing investors.