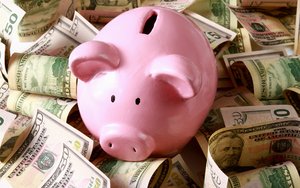 The lingering effects of the depressed economy still have U.S. consumers less likely to amass unnecessary debt, more likely to save, and more reluctant to spend.

The result is the prospect of a more financially sound—but also less financially optimistic—consumer, according to market research firm Packaged Facts in the report Consumer Banking and Borrowing: U.S. Market Trends.

The recession significantly reshaped how consumers approach debt. Packaged Facts data indicate that 72% of consumers say that because of the recession, they are more conservative about taking on debt—a tendency that is relatively uniform across demographic segments surveyed in the report. This guiding attitude has likely helped shape consumers’ generally more conservative use of revolving credit and mortgage debt, even while conservative loan standards crimp demand.

“What we are seeing is that most consumers view their financial situation with uncertainty, a perception that likely affects how they plan for and execute financial decisions. It suggests a more risk-averse consumer who is less likely to take on high debt loads or make rash major financial decisions, one who remains more frugal than prior to the Great Recession,” said David Sprinkle, research director, Packaged Facts, in a release.

Packaged Facts also found that only 1 in 5 adults strongly agrees that they are very good at managing money, and only 1 in 10 strongly agrees that they are financially secure. Both beliefs indicate that there remains an important role for financial institutions capable of successfully marketing their ability to help consumers manage money and build financial security. In the report, Packaged Facts suggests that this type of marketing can start with everyday account and payment products.

Each dollar saved is not a dollar spent. In dollar terms, personal saving stood at $686 billion in 2015, putting the personal savings rate at 5.1% (per the U.S. Bureau of Economic Analysis). Therefore, every 1% change in the savings rate translates to a roughly $120 billion deducted from consumer spending. This helps explain why consumer spending has not been the major factor driving post-recovery growth that it has been in decades past, and why consumer borrowing trends (student loans excepted) have remained relatively moderate.

Without more to cheer the consumer going forward (stronger wage growth and additional conversion of part-time to full-time employment), on top of lingering debt lessons learned from the recession, the consumer will likely continue to steer the same course, according to the report.