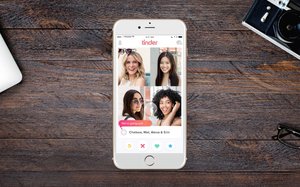 Treading on Facebook’s turf, Tinder is officially launching Tinder Social -- a way for users to connect with friends, and synchronize their social calendars.

After testing Tinder Social in Australia, the dating giant said it learned a few things.

“We learned that people were looking for a better way to plan their night out with friends -- tonight,” the company notes in a new blog post. “For this launch, we’ve made changes to the feature to deliver a more real-time experience.”

With Tinder Social, users can see who’s going out tonight, what they’re up to, and plan their night accordingly. If they want to go out, the new feature lets them invite friends to join their group, then swipe and match with other groups nearby who are also going out.

From there, users can message their “matches,” see where they’re going, make a plan, or just find out where people are headed, and meet up.

At noon the next day, however, these groups expire, at which point users’ new matches disappear.

Under pressure to expand its usership, Tinder has recently been testing a number of new features.

It recently rolled out a “share” button that lets people share user profiles with friends. The idea is that if someone sees a profile they think might be right for a friend, they can simply share it with them.

Adding a Snapchat-like angle to the feature, the shared profile links expire after five clicks or 72 hours.

Tinder also recently launched a “Super Like” so users can tell complete strangers how much they super like them.