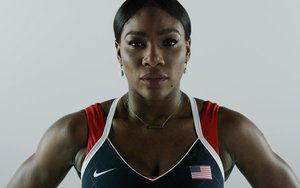 Each demonstrates their personal struggle to overcome labels that are affixed to one’s character and self, and the power of the human spirit to succeed. Some of the featured stories include a volleyball player who is a two-time survivor of cancer and a rugby player who was a “special-ed kid.”

These particular athletes were selected because they are different and their stories are not what you would expect, says Tom Noble, department head, Mini brand communications.

“The partnership makes sense for a couple of reasons,” Noble tells Marketing Daily. “Performance has always been a part of the Mini DNA. Racing and performance has played a strong role in our history and continues today. Secondly, Olympic athletes come from all sizes, all backgrounds, and all sensibilities, really. There are definitely Olympic athletes that have been labeled in their life and overcome those labels similar to what we have done as a brand.”

The long-form interviews with each individual athlete telling their story are on a site created specifically to share these stories. The campaign includes social media and a TV spot that breaks Aug. 1.

The campaign targets the “Mini mindset” as there isn’t a specific Mini demographic, Noble says.

This spot is a follow-up to the automaker’s Super Bowl campaign “which helped move perception of the brand and raise overall awareness.  It's a topical campaign with a powerful message,” Noble says.