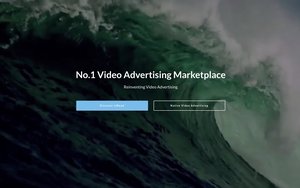 “The rapid rise of VR demonstrates consumers’ growing appetite for experiences that put them in control,” Bertrand Quesada, CEO of Teads, told Real-Time Daily via email. “Teads inRead 360 will empower brands to take user engagement to the next level by allowing consumers to interact with advertising creative in an unprecedented way and immerse themselves in a virtual world.”

A strong 64% of smartphone users are interested in embracing VR when shopping online, according to eMarketer.

InRead 360 is available to some premium publishers at this time -- including The Washington Post, Forbes, Mashable, Slate, The Guardian, Le Monde -- through the Teads inRead advertising suite.