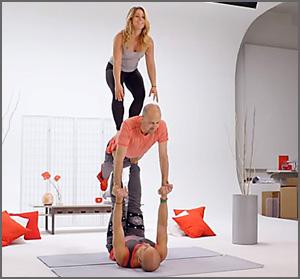 Google will soon begin rolling out changes to TrueView discovery ads in YouTube. The ads, which will appear at the top of the YouTube query results page, are aimed at viewers who search for content on YouTube rather than clicking through from a link in a social site or blog post.

Formerly known as TrueView in display, the ad format will include more relevant ads in search results with full inventory converge across the YouTube on desktop and in the mobile app. And for the first time, TrueView discovery ads also will appear when someone searches in YouTube from a mobile phone.

It takes balance to put together a great campaign, so in the true form of YouTube entertainment, Google produced a video using Yoga to show how the ads works. Let's say Yogi Jeremy is searching for a new Yoga retreat on YouTube. A TrueView discovery ad will appear at the top of the search results, pulling his attention to a specific video. The video ad can also serve on the site as a related video or appear on the home page, explains YouTube head of brand product strategy Josh Rubel.

Changes made to the algorithm improving the search ad relevance shows an aggregate 11% increase in click-through rates (CTRs), according to Google. The company also found that viewers who visit a brand's page to view videos typically click on one additional video from the brand channel within 24 hours of watching a TrueView discovery ad, according to Google. This format aims to guide consumers to the brand's content when they’re searching for something great to watch.

For those who are leaning forward, Google also found that TrueView discovery ads drive more than five times more clicks on advertiser-provided calls to action than TrueView in-stream, and seem to work well when promoting longer-form content.