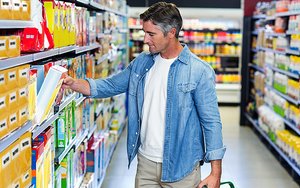 Consumer product goods marketers and retailers are likely to experience softened consumer spending after the upcoming U.S. elections, regardless of who is elected president, according to newly released IRI research.

Americans’ attitudes towards personal finances have improved in recent years, but “this election process appears to signal a shift in consumer sentiment,” said Susan Viamari, VP of thought leadership for IRI. Consumers’ negative outlook regardless of the outcome “will absolutely impact retailers and CPG manufacturers, as they brace for a tightening of the purse strings,” she said, adding that they should be ready to respond rapidly.

IRI has been surveying consumers for decades; these results are from its new quarterly Consumer Connect survey, designed to gauge consumers’ financial confidence and understand how their financial situations are impacting the way they shop for, purchase and consume CPG products. The firm surveyed a sample of more than 2,200 nationally representative respondents.

Three-quarters (75%) expressing a negative financial outlook say they’ll buy needed items when they’re on sale; 62% say they’ll purchase private label products to save money; 48% say they’ll try new, lower-priced brands to save money; and 38% say they’ll visit multiple retailers to keep the grocery bills down. Among those who think their finances will improve, the percentages who expect to adopt the same behaviors are 54%, 41%, 36% and 35%, respectively.

During the recession, younger consumers had the most pessimistic outlook, but that is shifting.

But that doesn’t mean that younger consumers won’t continue to economize.
In fact, 59% of 18- to 34-year-olds and 48% of 35- to 54-year-olds say they buy food and beverage brands that aren’t their preferred brands because they have a coupon – versus 41% of those 55 and up.
And 53% and 51% of the two younger demographic groups say they buy beauty products that aren’t their regular brands when they’re on sale, versus 40% of those 55 and up.

Similarly, 54% of the two younger groups, versus 36% of those 55 and older, say they buy OTC medications that are not their preferred brands because they have a coupon.

IRI reports that even financially challenged consumers will continue to splurge on occasional indulgences.

Among those who believe that their personal finances will improve in the months ahead, more than 50% said they’ll look for stores that offer gourmet, local/artisan and fancy natural/organic food and beverages.

Nearly half also said that they’d like more technology to make shopping more exciting, and 39% said they’d like the ability to buy online and pick up at the store.