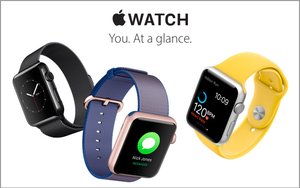 Companies looking to be viewed as the innovative in the B2B world would do well to give themselves a name with a letter from the beginning of the alphabet. Or name themselves “Alphabet” entirely.

Alphabet, Apple and Amazon top the third annual Brand Keys survey of consumer perceptions of innovation in the B2B space. The survey asked 900 consumers to name — on an unaided basis — the companies and brands they felt were the leaders of technological innovation.

While the top 20 list includes many consumer brands (such as GE, Facebook, Apple, Amazon and Samsung), this year’s list also includes some new brands — such as Salesforce.com, HubSpot, Mindbody and Equinox — that are true B2B plays, Passikoff notes.

“In past years, there’s been a greater balance between hardcore business-to-business technology and consumer technology. This time, we’re seeing more of [the latter],” Brand Keys founder Robert Passikoff tells Marketing Daily. “Part of that goes to the notion that expectations are growing, so it’s the truly innovative that are being recognized.”

GE was the biggest mover up the list, going from 12th last year to 7th this year. Over the past year, the company has been running an advertising campaign designed to showcase its innovation and advanced capabilities.

“They’re migrating from a strategic brand position,” Passikoff says. “They’re really put their finger on the pulse of that shift.”

Samsung had the biggest drop, moving down the list from 5th to 12th.