Verizon To Acquire Yahoo Mail, Along With A Media Empire 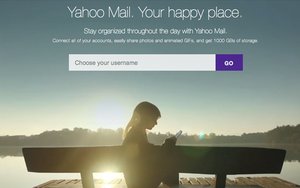 Say what you will, but Yahoo Mail continues to thrive as one of the most well-known email platforms behind Google Gmail. On Monday the email service was sold to Verizon, along with other assets for $4.8 billion. It's not clear how the telecom company will change the service, but when Verizon acquired AOL's mail service it improved the platform to provide better support.

Verizon's acquisition includes Yahoo’s advertising and media businesses, including Yahoo Mail. The only challenge becomes what does Verizon do with three email platforms: Verizon, AOL, and Yahoo Mail?

“There is no question that this move was extremely strategic,” says Bob Sybydlo, director of deliverability at Yesmail. “This acquisition will bring Yahoo's [more than] 1 billion users into the Verizon fold, which already contains AOL and will help them expand their global presence. This will also get Yahoo Finance and Tumblr into the mix, which are two very popular businesses entities both with very broad audience pools.”

Although neither Yahoo or Verizon have revealed future plans for Yahoo Mail, historical evidence may point to Yahoo Mail staying alive and well. When Verizon acquired AOL it did not shutter its email service, but instead allowed users to keep their AOL email addresses while upgrading their accounts with unlimited storage.

“Verizon certainly has the audience now to take on Google and Facebook, however, it will be upon them to grow and maintain,” says Ryan Donovan, VP Product Development at Sitecore. He says that Verizon is now positioned as a dominant force in Internet content creation and associated advertising opportunities, especially given Yahoo’s traffic.

“The biggest concern marketers are expressing about the Verizon-Yahoo news is how it will impact deliverability rates, but we feel confident that the acquisition won't have a negative impact on a brand's email marketing tactics,” says Sybydlo.

He confirms that Yesmail has not seen any negative impact to Yahoo mail servers thus far, and envisions future advertising opportunities through the integration of both AOL and Yahoo data for Verizon marketing customers.

The Verizon deal is expected to close at the beginning of next year, pending Yahoo shareholder approval, and Yahoo is expected to continue to operate independently until then.