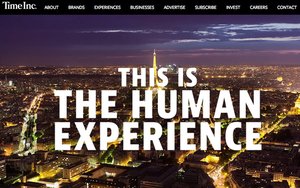 Gone are the days when publishers oversaw individual magazine titles at Time Inc. The company announced today — in a third round of restructuring in a week — that it will eliminate the publisher title from its corporate arrangement and consolidate the organization of its sales and marketing teams.

CRO and EVP of global advertising Mark Ford announced in a memo to staffers that the new sales structure will have executives overseeing groups organized around advertising categories, brands or digital sales.

“This new structure will allow us to better serve our advertising partners and deliver on the promise of being a one-stop shop and solutions-based platform for advertisers and agencies,” Ford stated.

This is an expansion of a corporate shuffle that began in April, when Time Inc. launched three categories in its ad sales department: Automotive, Pharmaceutical and Technology/Telecommunications.

Some former publishers will lead these categories, or digital and native advertising branches. For example, Karen Kovacs, the group publisher of People and Entertainment Weekly, will oversee the Food & Beverage category.

The idea is that Time Inc. can package multiple, powerful brands together for big advertisers, an opportunity to rely on well-known titles to draw in more ad dollars.

Lauren Newman will lead the Beauty category, and will succeed Mark Ellis as SVP of corporate sales. Sports Illustrated group publisher Brendan Ripp will oversee Financial Services, as well as Technology/Telecommunications. Greg Schumann, who was given the Pharmaceutical category in April, will also take on Retail. SVP of Automotive, Rick Simmons, will now oversee the Auto group.

Brand sales groups will be organized into eight categories, with a dedicated brand sales team and brand director focused on each group’s advertisers. Three executives will oversee these groups.

The News and Business, Sports and Lifestyle groups will be managed by Charlie Kammerer, formerly Time Inc. lifestyle president. The Fashion and Style, Multicultural and Shelter groups will be led by Southern Living publisher Ron King.

For now, president and COO of Time Inc. Mark Ellis will manage the Entertainment and Luxury groups until the company finds a third executive to lead the brand sales of these groups.

As for the digital side, each brand’s sales team will be combined into one centralized digital sales group run by Sports Illustrated group publisher Brad Elders, who will lead a digital-first sales team that will prospect digital-only, non-Time Inc. advertisers, according to the memo.

As a result of the restructuring, managing director and global head of agency development Greg McCastle, and Kevin White, group publisher of Cooking Light, Health and MyRecipes, are leaving the company.

Publishers Daily reported yesterday Time Inc.’s restructuring of its editorial leadership, appointing Meredith Long as general manager of its News and Luxury group. On Friday, the company divided its magazine titles into four categories on the business side, with each group assigned a general manager and eliminating group president roles.