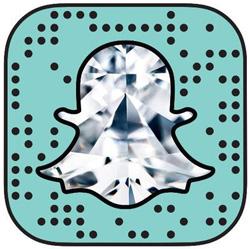 Tiffany & Co. is stepping up its Snapchat skills, and became the first luxury brand to buy a Snapchat lens.

The effort, with the #LoveNotLike Snapchat lens, is running live 24 hours on July 28 in both the U.S. and Australia, and the following day in Italy. “We’re certain that you will #LoveNotLike the surprise we have in store for you at #Snapchat,” it teased its Twitter followers. And on Instagram, it gives viewers a preview of the lens, with Tiffany-blue hearts streaming from the mouths and eyes of a crowd of young women.

It’s a modern twist on social media that would no doubt impress Holly Golightly. The company launched it Snapchat presence, Tiffanyofficial, back in April. That was timed around the company’s Blue Book Gala, “with celebrity Snapchat takeovers by Eve Hewson and Reese Witherspoon,” a spokesperson tells Marketing Daily. She says the geofilter will be in all 93 U.S. stores, and that the brand will also have “a Snapchat advertising presence on a variety of channels within the Discover section on July 28.”

Snapchat continues to be the youngest social media platform, with 47% of users between the ages of 18 and 24, according to the American Marketing Association.

The company also announced that it hired fashion guru Grace Coddington to collaborate on the new fall campaign, including print ads running in fashion, travel and lifestyle publications, as well as a black-and-white video version that it expects to run digitally. (Coddington spent decades as creative director at Vogue, and this is her first-ever brand advertising campaign since leaving the magazine to become creative director-at-large.)

Tiffany has been struggling with declining revenues, with sales falling 7% to $891 million in its most recent quarter, and 9% on a comparable store basis, pressured by declining foreign tourist spending in Europe, the U.S. and Asia.