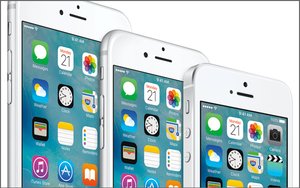 Contributing to the woes of Apple and its rivals, smartphone shipment growth remained flat for the second quarter in a row.

That’s according to new findings from IDC, which estimates that vendors shipped a total of 343.3 million smartphones worldwide in the second quarter of the year.

The real story is how device makers are responding to maturing markets, according to Ryan Reith, program vice president with IDC's Worldwide Quarterly Mobile Device Trackers.

“Mature markets continue the transition away from pure subsidy and over to (equipment installation plans), and Apple is beginning to put more emphasis on 'Device as a Service' to try to prevent lengthening replacement cycles,” Reith explains in the new report. “This is a growing theme we have heard more about from PCs to smartphones.”

Separately, the continuing market slowdown in China is increasing competition in other high growth markets like India, Indonesia, and Middle East, according to Reith.

Since the first quarter, Samsung remains in front while also gaining market share thanks to strong Galaxy S7 and S7 Edge performance.

For Apple, the second quarter is seasonally its lowest of the year as consumers hold off on purchases in anticipation of the next big launch in the third.

As such, Apple shipped 40.4 million units in the second quarter, which marked the lowest quarterly volume in seven quarters. That was despite the mid-cycle introduction of the iPhone SE.

In the face of declining shipments, Apple did witness strong sales in both established and emerging markets thanks to the launch of the more affordable iPhone SE.

Apple CEO Tim Cook said as much, earlier this week. “We had a very successful global launch of the iPhone SE,” told analysts on a Tuesday earnings call. “Overall, we added millions of first-time smartphone buyers during the quarter.”

Yet, due to sagging iPhone sales, Apple revenue fell for a second quarter in a row. Year-over-year, it declined 14.6% to $42.36 billion. It also saw profit fall 27% during the fiscal third quarter, the tech giant said on Tuesday.