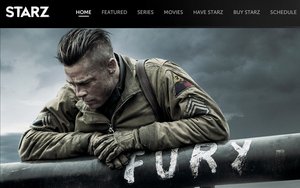 Subscriptions for Starz Encore dropped to 31.8 million from 33.3 million in the second quarter of 2015. The Starz channel had a better time of it -- rising to 24.2 million from 23.5 million.

Analysts believe the Lions Gate-Starz deal will help even out the ups and down of theatrical revenue that can plague movie studios. Additionally, it’s expected the deal can help both companies compete with Netflix, HBO and Amazon when it come to digital video streaming.