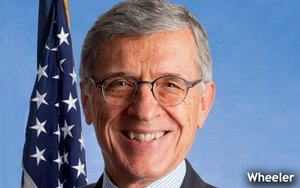 "Review is necessary to ensure that the FCC wields only the power that Congress granted it and cannot arrogate to itself the authority to impose heavy handed regulation on this most significant part of our economy," CenturyLink and the trade group US Telecom argue in papers filed Friday morning with the D.C. Circuit Court of Appeals.

The National Cable & Telecommunications Association also is seeking a re-hearing. That group argues in its latest petition that the FCC didn't follow proper procedures when it approved the regulations.

The CTIA, which represents wireless carriers, argues in separate papers that Congress prohibited the FCC from treating mobile broadband as a common carrier service.

FCC Chairman Tom Wheeler said in a statement that the carriers' latest move was expected. “It comes as no surprise that the big dogs have challenged the three-judge panel’s decision," he stated. "We are confident that the full court will agree with the panel’s affirmation of the FCC’s clear authority to enact its strong Open Internet rules, the reasoned decision-making upon which they are based, and the adequacy of the record from which they were developed.”

A three-judge panel rejected a challenge to the broadband regulations by a 2-1 vote last month. That move not only let stand the rules, but also paved the way for the FCC to forge ahead with new privacy regulations that would make it harder for broadband providers to use data about customers' Web-surfing activity for ad purposes.

The broadband providers are now asking for a review by the full court, which currently has 11 active judges.

"The panel’s decision authorizes the FCC for the first time to wield broad legislative and judicial authority in our nation’s most dynamic and significant economic sector -- to become the 'Department of the Internet,'" US Telecom says in its request for reconsideration.

The net neutrality rules, passed last year by the Federal Communications Commission, reclassified broadband access as a utility service, and imposed common-carrier obligations on broadband providers. The regulations prohibit Internet service providers from blocking or degrading traffic, and from engaging in paid prioritization. The FCC also broadly banned providers from hindering Web users and content companies from connecting with each other online -- though the scope of that prohibition remains uncertain.

Broadband providers raised a host of arguments in their initial challenge to the rules, including that the FCC lacked authority to reclassify broadband service as a utility. Until last year, the FCC considered broadband an "information" service. Information services aren't subject to common carrier rules.

US Telecom and others said broadband should still be considered an information service, noting that many Internet service providers offer functions like email, which is considered informational.

The appellate panel rejected the carriers' arguments, writing that consumers perceive Internet access as distinct from email, cloud storage and other information services -- even if all are offered by the same provider.

If the full panel rules against the broadband carriers, they could attempt to appeal to the Supreme Court.