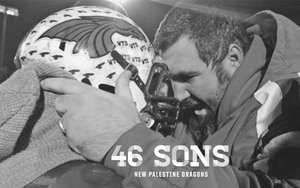 Russell Athletic has launched the Team On advertising campaign, bringing former NFL star Eddie George into the fold as brand ambassador and motivating force. Together, they help a select group use their most recent setbacks as motivation.

The work focuses on motivation and team sports. About 101 school football teams in 2015 lost the state championship game in 2015 by a touchdown or less. This season, Russell Athletic wants to inspire teams to turn what haunts them into motivation. The brand pulled in George to help make that possible.

George, a former Heisman Trophy winner and NFL legend, was the leading rusher of the 2000 Tennessee Titans, a team that lost the Super Bowl by one yard.

He told Media Daily News the creative is about celebrating the team, not always about winning.

"I can speak from personal and professional experience that all is not lost," he said. "Sometimes the gems, jewels and diamonds are found in losing. What you learned from the loss can benefit you in so many more ways than winning a specific game."

George said the campaign will highlight teams across the country that might have lost an important game within seconds or by one play. Rather focus on the loss, Russell Athletics will focus on the ways they bounced back from adversity, which no one talks about.

"It's a different perspective because everyone wants to talk about being a winner," he said. "When you come up short, how do you use it as motivation? In my personal life, I didn't always win a championship in college, though I came so close. Sometimes, it's a game away, a yard away, a play away."

Social, digital and out-of-home focusing on the tagline #SettleYourScore kicked off Thursday to support Russell Athletic's integrated marketing campaign. Television ads will run during the Russell Athletic Bowl on ESPN in December.

For Russell Athletics, the #SettleYourScore focus remains part of a larger Team On campaign effort to provide emotional support for coaches and athletes who need motivation and reassurance as to what makes team sports so important for young people in America.

The campaign was created and is managed by Russell Athletic agency partner Barkley of Kansas City, with public relations and social-community management supported by Ketchum Sports & Entertainment.