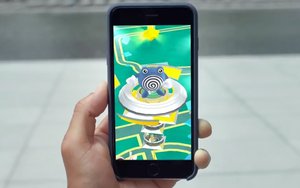 All those people walking around glued to their phones and tossing Pokeballs are starting to have an effect on the ancillary technology markets.

While growth of portable power packs has grown throughout the year, up 35% through the first six months of 2016, compared with the same period in 2016, sales had been slowing in the weeks leading up to the game’s release. In the six weeks leading up to Pokemon Go’s release, in fact, sales were up just 4% over the previous year. The only explanation for the huge jump, says Ben Arnold, executive director and industry analyst for consumer technology at The NPD Group, is Pokemon Go, which has users walking around, away from power, for long stretches of time.

“We’ve seen some promos for [mobile power], but nothing changed in those two weeks,” Arnold tells Marketing Daily. “Every month, there’s a new tech craze, but I’m at a loss with something similar that might have the same success.”