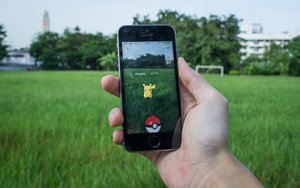 Don’t give up on those Pokemon Go-ers; they’re surprisingly open to being marketed to when they’re playing the game.

According to a survey of 1,000 Pokemon Go players by agency MGH, nearly 60% of them were likely to enter a business that was offering discounts to players, and a similar number said they viewed businesses having such promotions favorably. Thirty-eight percent of them were likely to purchase a Pokemon-themed offering.

“It opens the door for businesses to have fun with this thing,” Ryan Goff, senior vice president and social media marketing director, tells Marketing Daily. “The best part of Pokemon Go is that it's getting people of all ages out and about; businesses just have to find a way to lure customers in.”

Restaurants and bars topped the list of the types of businesses that game players noted were having Pokemon-themed products or discounts. Facebook (72%) and store signage (52%) were the media where most people saw Pokemon-related promotions.

“Most consumers are learning about them through Facebook,” Goff says. “Knowing they’re playing Pokemon on their phone, you need to consider what else they’re doing with their phones [to reach them].”