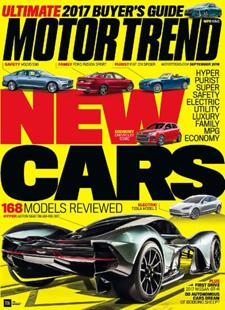 Rechtin will take over for Ron Kiino, who left the car magazine for a communications role at “a major OEM,” or original equipment manufacturer, Motor Trend editor-in-chief Ed Loh told Publishers Daily.

According to a statement, in his new role, Rechtin will oversee automotive content across all of Motor Trend platforms, from print and digital to video and social media. He will also work on expanding the brand’s signature editorial programs: Car of the Year, Truck of the Year, SUV of the Year and Best Driver’s Car.

Loh stated that Rechtin is “well known and widely respected across the automotive industry,” particularly for his experience as content development team leader for Consumer Reports’ automotive editorial division.

Before his time at Consumer Reports, Rechtin was a reporter, bureau chief and regional editor at Automotive News for two decades.