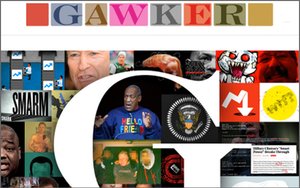 It’s the end of an era, as the curtain comes down on Gawker.com after 14 years prodding and pontificating on the media industry.

According to a statement from founder Nick Denton that was reported on the site, the flagship publication -- which was not included in the planned acquisition of Gawker Media’s other sites by Univision -- will suspend operations permanently next week.

Univision plans to continue operating six other publications in the Gawker Media portfolio, including Jezebel, Gizmodo, io9, Kotaku, Deadspin, Jalopnik, and Lifehacker. Most of Gawker.com’s current editorial staff will be transferred to new roles at these other sites or with their new corporate parent, per Univision’s agreement to retain 95% of Gawker Media’s employees.

The news of Gawker.com’s closing comes not long after a disastrous $145 million legal judgment against Gawker Media forced the company to declare bankruptcy.

In March, a Florida jury found in favor of Terry Gene Bollea, better known as professional wrestler Hulk Hogan. He sued the site for invasion of privacy after it published part of a sex tape he said was made without his knowledge.

It was subsequently revealed that Bollea launched the lawsuit with financial backing from Silicon Valley billionaire Peter Thiel, who pursued a vendetta against Gawker for revealing he was gay back in 2007.