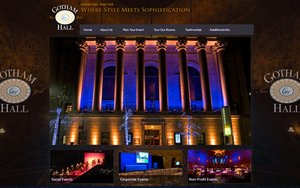 Bing Ads on Monday announced the "shortlist" of agency winners for its Bing Agency Awards 2016 event scheduled to take place next month. The event honors the most creative and impactful work from agency partners like iProspect, Resolution Media, and Catalyst, but it also honors individual search experts.

While Microsoft will announce the winner at the event in September at the New York City’s iconic Gotham Hall, those on the list to possibly receive the top honor include Jared Belsky at 360i, Andrew Davidson from Mindshare, Ben Kirshner at Elite SEM, Jeremy Hull from iProspect, Kyle Jackson at Spark, Jeremy Mayes from Red Ventures, and Viji Davis at Resolution Media. A complete list can be found on Bing event Web site.

Microsoft put out a call for nominations in July, asking Bing partners to nominate their agency across twelve categories. It drew more than 1,100 nominations within a few weeks. From these, Bing voted on six to eight finalists per category.

Search and native advertising have become a major focus for Microsoft. Along with the awards lineup, Bing also launched the latest version of its desktop editor tool, Bing Ads Editor 11.2, which supports custom copy development for native ads. It also supports Callout Extensions, which Bing announced in April.

Rather than create one ad to serve in search and native ad placements, advertisers can create ads that are specific to native placements on MSN.com.