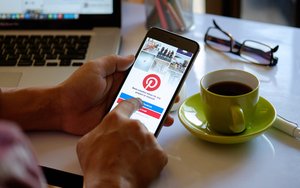 Pinterest is buying the team and technology that supports Instapaper, the pin-based network said Tuesday. From unique hair braids to house interiors, Pinterest is best known as a network for sharing and saving images. Yet saving written articles is already a popular pastime among users, per a company spokeswoman.

Per the acquisition, Instapaper CEO Brian Donohue is joining Pinterest as a product engineer. At least for the time being, Instapaper is expected to live on as a standalone app. Before the end of the year, however, the plan is to shutter Instapaper’s developer product Instaparser.

“Millions of people use Pinterest every day to ‘save now, read later,’” she said. The Instapaper acquisition is designed to bolster such activity.

“The Instapaper team are experts in understanding the signals associated with dynamic content and using that data to serve recommendations,” she added. Created back in 2008 by Tumblr co-founder Marco Arment, Instapaper was conceived as a simple tool for saving articles that one finds online.

After selling a majority stake to Betaworks in 2013, the company tried to bolster its offerings by rewriting its back end, overhauling its mobile and Web clients, improving parsing and search, and introducing various features like highlights, text-to-speech and speed reading.

Despite these efforts, Instapaper as a stand-alone entity was no match for larger content platforms like Facebook, which launched a Save feature back in 2014. Given Facebook’s immense size, Save immediately threatened more established content-savers like Pocket -- formerly know as Read It Later -- and Instapaper.

Pinterest’s business prospects are looking brighter than ever. In fact, the image-based social network reportedly expects to rake in $3 billion in revenue in 2018.

If accurate, that would be dramatically higher than the roughly $100 million in revenue Pinterest reportedly took in last year.

During the first half of 2016, Pinterest is expecting international users to account for more than 50% of its overall audience, a source tells The Wall Street Journal.

Following the lead of Facebook and Twitter, Pinterest also recently began inviting every small- and medium-size business in the country to join its self-serve ad platform.

This year, Pinterest will have 54.6 million domestic users -- up 9% by eMarketer’s count. As has long been the case with the platform, the vast majority of is users (81.2%) are female.