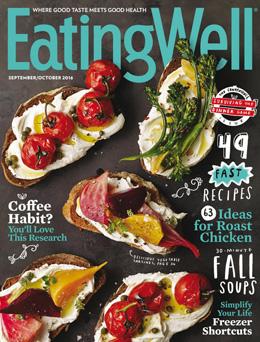 Finnegan, who was named publisher of EatingWell in December 2013, will become associate publisher for Better Homes and Gardens.

Amill will be responsible for overseeing all advertising for EatingWell. Amill told Publishers Daily that what makes EatingWell unique: “We don’t stray from our mission, which is our tagline: Where good taste meets good health.

"We are wed to that, and we are really focused on delivering on that mission throughout the site and from issue to issue. When we talk to consumers and marketing partners, they know what we stand for.”

Amill was previously Weight Watchers Media Group VP of media sales at Weight Watchers International. He was responsible for managing advertising sales and marketing for the multichannel health-wellness platform.

Prior to Weight Watchers International, Amill held senior leadership positions at a number of media brands and publications, including Modern Bride Connections, Elegant Bride, Footwear News, Us Magazine and Redbook. He also served as VP of corporate sales at Times Mirror and VP of sales at Listen.com.
EatingWell magazine is published six times a year with a rate base of 1 million and an audience of 6.2 million readers.