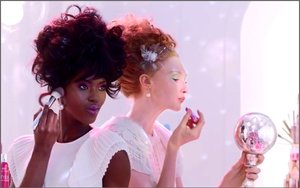 Ulta Beauty has once again blown most other retailers away with its quarterly results, posting second-quarter sales above expectations.

Department stores have fought to hang on to beauty customers with mixed results. JC Penney, which has long used its Sephora stores to woo these women, has stepped up its expansion. In remarks for its Analyst Day presentations last week, JC Penney executives describe it as “one of the biggest advantages over the competition,” giving the chain a 5% share of the prestige cosmetics business. And it says it will be adding Clinique, one of Lauder’s biggest brands, in September.

Macy’s is hoping to court new beauty bucks with the acquisition and expansion of Bluemercury. And in a report in the Dallas Morning News, Kohl’s says it has completed the beauty departments in all 1,100 of its stores, a few years ahead of schedule in its long-term turnaround strategy.

Deutsche Bank analyst Bill Schmitz, while still rating Lauder a buy, outlines some of the problems in his latest note: “While the industry is growing nicely overall, there are still looming questions around the cost and ability of the company to capture the incremental growth, especially in the U.S.,” he writes, with niche brands gaining. “Over the last five years, five of the top eight prestige beauty manufacturers in the U.S. have lost share … as the industry democratizes and more inclusive channels like eCommerce and specialty/multi formats take market share.”

Euromonitor says that in 2015, about 27% of all color cosmetics in the U.S. were sold at department stores. And while the Internet is a fast-growing channel, it still accounts for just 10% of all U.S. cosmetic sales and 9% of fragrances.