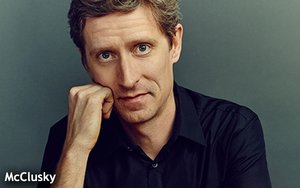 Mark McClusky has stepped down as editor of Wired.com to become digital editor for Time Inc.’s Sports Illustrated Group.

McClusky will shape the digital strategy for Sports Illustrated, Golf, SI Kids and SI Swimsuit, including oversight of their digital news gathering operations, social and video teams, per Time Inc.

He will also work closely and foster collaboration with the FanSided Network, SI Play and SI Group partners Fox Sports and 120 Sports.

McClusky begins on September 26, after relocating from San Francisco to New York. He will report to Time Inc. Sports group editorial director Chris Stone — who just stepped into the role in June - and Time Inc. digital director Will Lee.

This is a return to SI for McClusky, who was one of the founding editors of Sports Illustrated's site and also a staffer for Sports Illustrated Olympic Daily, the magazine’s publication at the 1996 Atlanta Summer Olympics. He has also served as editor-in-chief of EA.com.

McClusky has been at Wired for a decade, serving as the site’s editor from 2013 to 2015 before moving to the role of head of product and business development.

This isn't the first key employee to leave Wired this month.

Last week, Joe Brown, Wired’s executive editor, left to become editor-in-chief of Popular Science. Like McClusky, Brown is returning to a publication where he started his career as a journalist. Brown was an assistant editor at Popular Science in 2002.