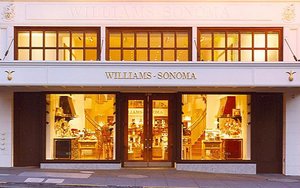 If there's any doubt that brands and retailers are moving more of their advertising and marketing budgets to digital advertising, tune into a few second-quarter earnings calls.

At Big Lots, the holidays arrived earlier this year compared with the past. During its second-quarter 2016 earnings call, Big Lots CFO Tim Johnson talked about how consumers are looking for deals on the company's Web site and the shift in its online and offline advertising strategy.

"We've already had a significant amount of search[es for] fireplaces and it's the middle of August," Johnson said, adding that the company has already sold a handful of Christmas trees off the Web site.

As part of Big Lots' holiday strategy, Johnson said the company moved its television ads from October into November and December, and where appropriate, added a lot more direct call to actions. Johnson also said the company ramped up its rewards loyalty program ties to email, which will focus on promotions or activity in the store.

Relentless in its marketing efforts, Williams-Sonoma remains in the midst of transforming its marketing mix to focus on new customer acquisitions. Laura Alber, president and CEO, calls it "digital innovation."

"We have advanced multi-dimensional attribution models that guide our investments," Alber said, which led the company to cut its catalog circulations," Alber said during the company's second-quarter 2016 earnings call Friday. "As a result, digital marketing has become our largest investment channel, outpacing its catalog and store-based marketing investments." Stores, however, remain the most 'powerful marketing tools' and a competitive advantage.

Procter & Gamble, which makes brand like Pampers and Tide, claims to be the largest advertiser in the world. The company spent $2 billion annually on agency fees before reducing its "non-working marketing expenditures, costs that don't impact reach frequency or continuity of our advertising and trial generation programs," said CFO Jon R. Moeller during the company's second-quarter earnings call. "Two years ago we reduced the roughly 6,000 agencies we work with by nearly 40% and cut agency and production spending by about $370 million," he said. "In fiscal 2016 we delivered an additional $250 million of agency-related savings, reinvesting these savings in advertising and sampling of consumer preferred products. Over $600 million of savings in 2 years."

Advertising for fiscal 2015-16 included worldwide television, print, radio, Internet and in-store expenses, P&G reported, but the company still expects to spend more this year than in prior years. A lot of that expense will go into sampling, where the company gives away samples of its products such as detergents in new washing machines. It's become a key point of entry and change for consumers. Some might think of sampling as optimizing offline advertising efforts.