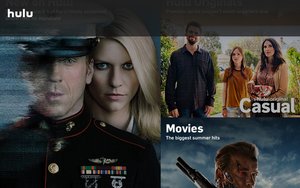 Big subscription video-on-demand platforms have been spending heavily this summer in advertising on national TV networks.

From June 1 through August 28, Hulu has spent $13.9 million on national TV advertising, while Netflix has spent $7.8 million and Amazon Prime Instant Video has spent $5.1 million, according to iSpot.tv. S

VOD companies represent three of the top seven of all TV networks/programming services.

In recent weeks, Hulu, NFL Network and Netflix have been ramping up national TV media buys. All have made big media spends on NBC for the “Rio Olympics,” as well as buys on CBS.

Overall, $162.7 million has spent on national TV advertising by TV networks/programmers over the last three months, according to iSpot.tv.