Microsoft Inches Up In Search Market Share As Google Falls 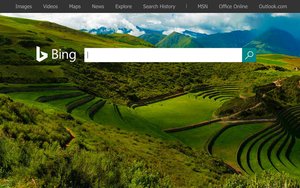 It may not seem like a major achievement, but Microsoft sites inched up another fraction of a percentage to 21.9% market share in July 2016 from 21.8% in June 2016, according to comScore data released Monday.

The numbers for explicit core searches exclude contextually driven searches that do not reflect specific user intent to interact with the search results.

The number of search queries in the U.S. for desktop home and work locations fell across the board in July 2016, per comScore, so targeting consumers on these machines will become more difficult. The total number of explicit core searches fell 5% in July to 15,220. Google sites took the biggest hit for the month, declining 5%. AOL is the only engine gained. The company gained 3% from 156 to 161 in July 2016.