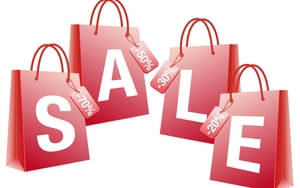 Auto dealers need to take a fresh look at their advertising methods to get buyers to come in and buy, and discounts won’t necessarily seal the deal, according to SalesFuel.

The study, “Drive Automotive Marketing Messaging — 2016-17 Automotive Shopper Profile,” reveals that 19.3% of adults online plan to purchase a new car or truck in the next year. The survey includes nearly 16,000 online consumers 18+ in the United States.

“The automotive category is very sophisticated when it comes to using technology and data, but the results of this survey indicate room for improvement in both areas,” says Stacey Sedbrook, vice president of strategy and business development of Columbus, Ohio-based SalesFuel, in a release. “An increased focus on strengthening dealership reputation score and using psychographic data to better address the needs of the automotive buyer is more effective in motivating potential buyers to take action.”

One priority should be to pay attention to “purchase intent” of the consumer — their thoughts, emotions and behaviors that influence not only if, when and what they buy, but if they want to buy it from your specific dealership, Sedbrook says.

The top three reasons buyers say they want to buy a vehicle are: 27.3% want one of the new models, 21% have problems with their current vehicles and 20% need an additional vehicle for their families.

The least important reason -- deals or incentives too good to pass up -- was cited by only 8.3%.

Instead of promotions, automakers should focus their marketing on enticing shoppers with reasons for getting a new model: better technology, increased safety features, and slick body styles, according to the study.